How To Make Television Your Slave and Not Your Master 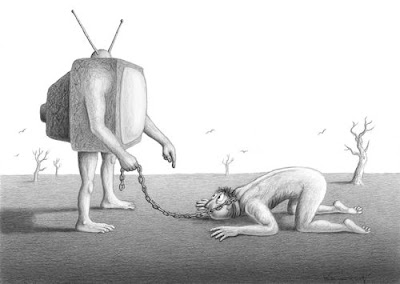 Since its inception in the middle of the last century television has proven very addictive.  Many people can’t get through a day without major time being spent in front of the set.  Some of this viewing is purposeful, but much of it is just habit.  The average American watches over 35 hours of TV a week, a number that goes up to 50 hours once you reach 65 or older.  When you consider how many mindless commercials you must suffer through or ignore, the waste of time involved, if added totaled over your entire life, is mind-numbing.  What a shame!  Couldn’t this viewing mania be brought under control?

Of course it can, but like any bad habit it will take some discipline and training.  But with that you can work a major change and end up with much more free time to do other things.

The secret to taming your television addiction is the use of the digital video recorder or, more commonly, the DVR.  Most of my readers, I trust, already have a DVR and use it.  I have advice for them too, but first a paragraph about the DVR for those who don’t currently make much use of one. 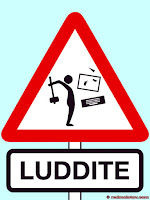 If you have a cable service it will offer you, for a price, a DVR which will enable you to program the cable box so that it records certain shows you particularly don’t want to miss.  This is not hard task to master.  Anyone can learn to do it in a couple of minutes.  If you are the sort of person who is afraid of technology, calm your inner Luddite, and vow “I can learn to record shows on the DVR, damn it!”  Have the cable company show you how, write down the instructions, or go to Google and look up the steps.  You can do this!

Once you have recorded the show (or an entire series if you so elect) you need to know how to find it in your cable system.  The cable company will show you where to look on your screen.  Mine is under a category happily named “DVR.”  Click on that and a list of recorded shows ready for viewing appears.  Click on the desired show and it immediately begins playing.

Now comes the best part: you are in control of the content completely.  On your remote control will be a number of buttons.  One is marked PLAY or is just an arrow shaped like this:

Press it and the show starts.  But there is also a PAUSE button that typically looks like this:

So if you need to answer the phone, go to the door, take a bathroom break, just pause the action.

You can also hit STOP, which looks like this on most remotes:

Now the show ceases to play but until you erase it will still be available to continue watching later.  When you hit STOP you are typically asked by the machine if you want to erase the program.  Unless you choose to do so it is automatically stored for later viewing.

Think of what this means for you!  You are no longer a slave to the schedule that the television industry has created for you.  Instead you get to choose what you watch and at what time you watch it.  Believe me: this makes an enormous difference in your life.  Your schedule is under your control.  Moreover you may decide, as shows pile up on the DVR list, that you don’t need to watch certain recorded shows after all, and just delete them.  Your viewing is planned, not haphazard, and you no longer miss things you wanted to watch but which were on at a time when you wouldn’t be home.

But wait!  It gets better!

Your cable system will not only allow for PLAY, PAUSE, STOP as buttons on the remote but also for FAST FORWARD and REVERSE.  These buttons are usually marked as arrows pointing to the right (FAST FORWARD):

When the show is playing just hit one of these and the show will speed up in the desired direction.  Miss something that was just viewed because the phone rang?  Hit REVERSE and go back and view it again.  Want to skip the commercials?  Hit FAST FORWARD and then get right back to viewing the show.

Each hour of television programming contains almost 15 minutes of commercials!  Skipping commercials and station breaks will really cut down on the time you usually spend watching TV, an obvious benefit.  Even better, these buttons can be hit repeatedly to speed up the FAST FORWARD (for example) in increasing increments of speed.  Thus if you watching, say, 60 Minutes but know that only the middle segment on squirrels tap-dancing is what interests you, you can skip right to that fascinating part and avoid the rest of the show. 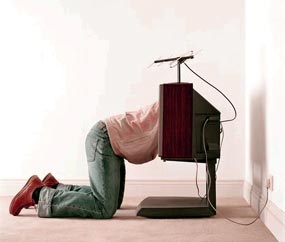 As readers of this blog know, I’m a great sports fan.  Let me tell you how I watch almost all sporting events (except OSU football games, which we watch live because we typically have many people in the living room who insist on that under penalty of death).

Say I want to watch a Chicago Cubs game (and I watch about sixty of them a year).  I DVR the game and when I’m ready to watch I FAST FORWARD to the start of the game (unless there is some reason I want to hear pre-game stuff).  I plan to skip all commercials (and there are a lot of them), and that saves a lot of time.  But as I’ve gotten better at automatically pushing the buttons (a skill that, like any other motor movement, improves with constant use), I can also speed up other things: pitcher-catcher meetings on the mound, foul balls causing a break in the action, and even slow pitching.  If the Cubs start winning big, I start hitting the FAST FORWARD button at maximum speed when the opposing team is at bat and only pausing if that team get a hit, at which point I REVERSE, go back and watch the hit, and see what happens from then on.  If the opposition doesn’t get a hit, that half of the inning is over very quickly for me and I can go back to watching my Cubbies bat.  These days most major league baseball games take three or more hours, but I can watch the usual game in about an hour and a half.  Same thing with football, which has lots of moments one can FAST FORWARD through.  Basketball itself is a faster game, and for those games I usually just skip commercials and lengthy time outs.  The Olympics are much better with a DVR.  Much, much better.

One other thing: for the sort of events that typically exceed the scheduled time (sporting events going into overtime, awards shows, or coverage of news events of uncertain duration) make sure you record the shows that follow the main show, lest you miss something. 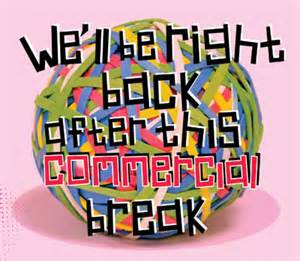 When people ask me what I think of a famous new commercial I look blank.  I haven’t seen it, and, yes it might be funny, but to find the gems you have to sit through hours and hours of mindless nonsense and that’s not a tradeoff I’m willing to make.  If interested I’ll Google up the commercial and appreciate it at leisure and not by happenstance.  Sure, I’m a control freak, but, hey, I have lots more time in which to do the things I really want to do because of my DVR and the tricks it performs at my command.

So here is my advice in short: become a wiz at using the DVR and then you’ll never go back to being that rudderless viewer we all were when first we turned on that infernal machine in our living room.  Life is short but TV shows are way too long!