Listen to Me Reading My Novel on the Radio 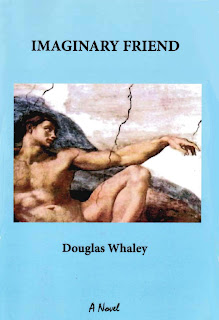 Since last spring I have been doing book readings from my atheist thriller “Imaginary Friend” in front of various atheist/freethinker/humanist groups in both Ohio and Michigan, but this past Sunday morning I performed the same reading on the air!  I was invited to be the only guest on KTNF in Minnesota for the weekly morning Atheist Talk radio show put on by Minnesota Atheists.  Both of the hosts, Carl and Brianne were terrific, and after the show they each wrote very helpful reviews of “Imaginary Friend” for my novel’s listing on Amazon.com (where it’s available in both a paperback and Kindle version).  Their picture is below, and I thank them for their efforts on behalf of my novel.  The sales in Minnesota picked up dramatically as a result.
If you’d like to hear the audio version of the show in which I perform the readings (in multiple voices, as various characters are talking, one of them with an Australian accent!) go to: